Note: A version of this post originally appeared on NirandFar.com, a blog on behavior and technology.

WELCOME TO MY COMMUNICATION VORTEX

It’s 2 AM and you’re exhausted, but unable to sleep. You’ve been cycling through Facebook, email, and other online media for hours. You want to stop, but you can’t. This technology-induced insomnia will likely ruin your next day (or two) of productivity — and you’ve really achieved nothing according to your list of to-dos. Late-night surfing has become a bad habit you’d like to break, but just can’t figure out how.

Sound familiar? Let’s take a look at some data, narrated by my inner monologue.

Inner Monologue: “Hmm, I’m a little bored. I had those articles I was going to read…and I’m not that sleepy yet.” I reach for my phone. “I love you, smart phone.”

Inner Monologue: “What a great article! I should share it.” Switch to Facebook news feed. “Oh, look at Amanda’s adorable baby!” Like. Scrolling down. “Ha! Teslas ARE awesome.” Continue scrolling. “Puppies and kittens AND a baby hedgehog all in one photo!?” Like. “Oh, I should send that Tesla pic to Aleks … and email her to catch-up.” Switch to Gmail. “Hmm, inbox full. I’ll just respond to two.” Mid-response, a new post from TechCrunch pops up. ” Oh, what’s this? Smartwatch?” Click.

And, like that, I’m sucked into my seemingly inescapable cycle of social media-email-news…welcome to my communication vortex.

WHEN HABITS ARE EASIER TO MAKE THAN BREAK

Habits are a complicated beast. Though modern technology has the power to form good habits, it can also reinforce bad ones. Technology enables a faster cycling through what Nir Eyal calls, the Hook Model, a four-phase process, which creates and strengthens our compulsions.

I realized I had a real problem when I mentioned to a trainer that I was running on a treadmill because it was easier to read and write emails on my phone than if I ran outside. It was a wake-up call that made me realize my technology habits might be affecting other areas of my life.

I decided to take a closer look at how technology affects the three habits I try the hardest to keep in good standing: eating, sleeping, and exercising.

Imagine you’re at work. It’s 11:30 AM and you are feeling peckish. You are swamped answering emails and your mind is deep in your work. Not to worry, you brought an apple as a healthy snack. You look up twenty minutes later to notice you are no longer hungry. But you realize the apple remains while a chocolate-chip cookie you tucked in your desk “in case of emergency” is gone!

How did this mindless eating happen? For many, the trigger for making poor eating decisions is not only hunger, but stress.

An interesting study related to making healthy food choices helps us answer why we often pick the cookie, not the apple. First, students were given a string of numbers to remember and recall, taxing their mental faculties. Afterwards, they were asked to walk down a long hallway where they were presented with two snack options: a fruit salad or a slice of chocolate cake. The fruit salad was clearly the healthier choice, while the chocolate cake was the more indulgent option. The researchers found that the test subjects who had memorized more numbers were also more likely to choose the chocolate cake.

The study’s authors theorized that people make decisions using either their rational or emotional brain. When we have to mentally juggle too much information, such as a long string of numbers, our ability to access the rational side of our brain can be impaired, leaving room for the emotional brain to take over.

Excessive technology use may have the same effect on our internal struggle between good and bad habits. Facebook, Twitter, Pinterest, Email, and other technologies make us perform mental juggling acts, perhaps increasing the difficulty of holding ourselves accountable for rational decisions.

I’ve heard I should always schedule important meetings in the morning because my levels of serotonin are highest then – meaning I’d be able to make better decisions. But as you read above, I’ve developed some bad habits around my slumber. Turns out, it might not only be what I’m looking at on my phone that is keeping me up, but the phone itself. Light interferes with the production of melatonin, a chemical trigger which tells the brain to go to sleep. In fact, recent studies found that the blue light emitted from computers and other devices may even be linked to depression.

Even small devices, such as our cell phone, produce enough light to disrupt our sleep cycles and of course any sound from those late-night videos or games you (or your partner) are playing don’t help either. The more you surf, the less likely you are to sleep.

The research on physical exercise overwhelmingly points to a number of positive health benefits. But email, TV, and the multitude of apps on our devices are just a few of the distraction, which can hold us back from hitting the gym to break a sweat. As children, we would go out and play if we had nothing to do. But as adults, we have trained ourselves to think exercise is a chore and turn to our gadgets when feeling bored.

It was clear I had some bad habits around eating, sleeping and exercising, but how was I going to get myself cleaned up?

I took a second look at the Hook Model and realized that when it comes to breaking habits, triggers are often too ingrained to be erased; the habit loop can only be identified and re-trained. Identifying triggers requires some self-discipline and experimentation.

Re-wiring habits is even trickier. The key in changing habits is to associate existing triggers with new, more powerful rewards. There are a few more things involved in cultivating this change, but generally, if you can train yourself to believe a reward for a “good” habit is more pleasurable than a reward for a “bad” habit, you’re on an upward path. Similarly, when the pleasure associated with the reward of an existing habit is diminished, there is a greater chance another stronger reward will take its place.

But technology can lead to a vicious cycle of diminishing satisfaction. The more technology we use, the more we attempt to cram into our days. This is often referred to as “time deepening,” but this phrase is a  misleading because filling life with more and more activities and distractions makes time (and our various rewards) feel shallower, not deeper. Restated another way, the more we try and get done, the less satisfaction we get from each individual reward, making us more likely to seek new rewards at an even higher frequency.

So, are we doomed to be cranky, flabby, lazy insomniacs? Thankfully, no.

Take a common trigger, like boredom. When it hits, we generally check email, eat, watch TV, or procrastinate, all of which make the problem worse by fueling guilt-induced stress. To break it, we need to train ourselves to acknowledge, anticipate, and here’s the kicker … embrace feeling bad.

The key tool I use to achieve this state of bliss are “mini-sabbaths,” small breaks from the constant connectivity of our everyday lives. Linking back to the Hook Model, here are four tips for taking mini-sabbaths at each point in the habit cycle that I’ve found to be effective methods for wrangling-in my own technology vortex. 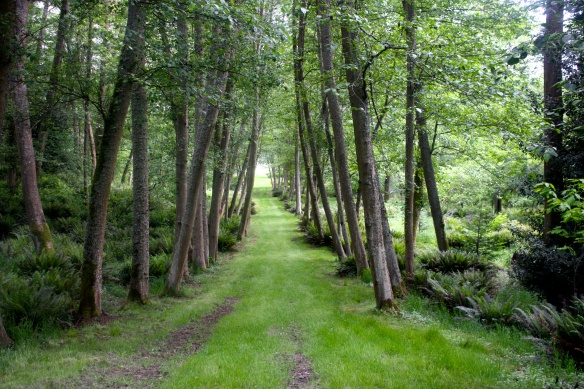